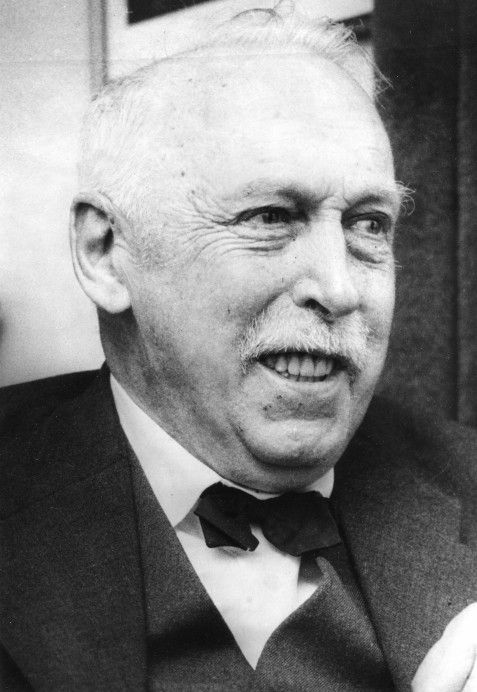 Hertzsprung was born on the 8th of October 1873 in Frederiksberg, Denmark. His

father had obtained a degree in astronomy in the local university. Although awarded

a gold medal for some of his work in astronomy, his father gave up science due to

In 1893, when Ejnar was 20 years old, his father died. After this, his fathers books

were sold as there was nobody in the family, including Ejnar, who had an interest in

astronomy. His father never wanted his son to study astronomy or insurance or

mathematics. As a result, Ejnar himself went to university and graduated with a

Between 1899 and 1901, Ejnar was employed as an engineer at St. Petersburg and

studied photochemistry at Leipzig. In 1902, Hertzsprung returned to Denmark after

which belonged to a well-known amateur astronomer Victor Neilsen. Victor is quoted

as saying to a fellow amateur; Hertzsprung is a clever young man who intends to

measure star colours photographically. Little did they know that this was to start a

Photography). What was unusual about this was that he did not publish them in an

astronomical journal. This paper made the following conclusions:

A connection existed between the spectrum and the luminosity of stars.

Sterngrssen" (Determination of the Photographic Star Sizes) in the same journal

with his follow-on results.

director of Gttingen Observatory. Upon reading Hertzsprungs papers he secured a

post for him firstly at Gttingen Observatory and later took him to Potsdam, where

member at one of Europes premier observatories.

Meanwhile, across the Atlantic and one year later, Henry Norris Russell came to

conclusions very similar to those determined by Hertzsprung but was completely

unaware of the Danish mans work, partly due to the unusual nature of the

1911 by Hertzsprung in the paper "Publikationen des Astrophysikalischen 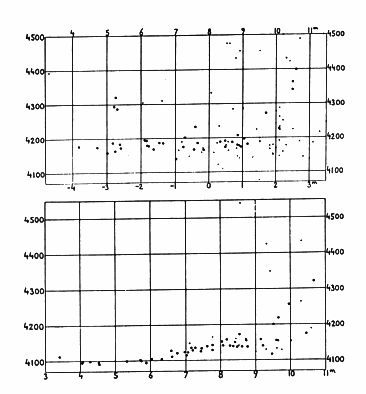 Figure 1 Charts from Hertzsprungs Paper of 1911 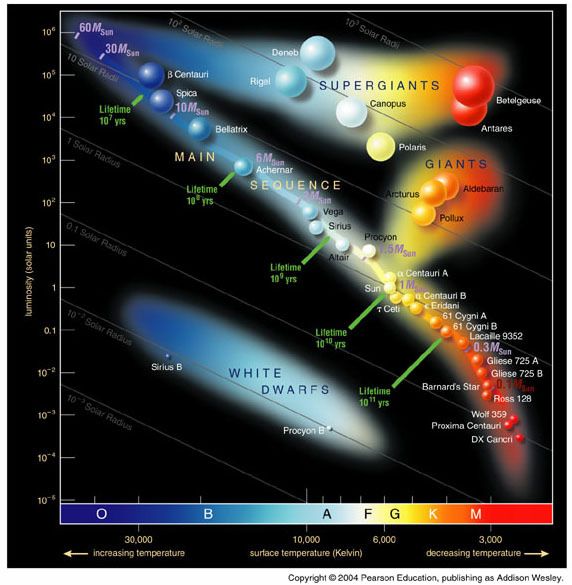 Both astronomers became attributed to this common piece of work. However, there

was no animosity between the two gentlemen. Russell, when asked about the

diagram, was quick to point out that it was Hertzsprung who started work on

developing it. Hertzsprung, for his part, is quoted as saying It is Russells merit that

he presented this complex of problems in a spirited, easily understood form in

In 1919, Hertzsprung became Adjunct Director of the University Observatory of

Leiden, Holland and was promoted to rank of associate professor in 1920.

In 1922, Hertzsprung published his catalogue of data representing 734 stars, all of

which were brighter than 5th magnitude. At the time, accurate information was not

absolute magnitude and thence construct a diagram showing a relationship between

However, Hertzsprung also undertook research in others areas of stellar

measurement. In 1911 he developed a light curve for Polaris. Shortly after, he

In 1926, he undertook further work on Cepheid variable stars and developed a

However, he undertook extensive work in the measurement of double stars. He

developed techniques which would allow him to measure relative positions between

stars to an accuracy of a few thousandths of an arc second.

During his work, he also discovered two asteroids; 1627 Ivar in the year 1929 and

During his time, Hertzsprung received many awards, including doctorates from the

Medal in 1937 from the Astronomical Society of the Pacific. In 1959, the city of

Hertzsprung continued to take measurements long after his retirement and only

slowed down 2 to 3 years before his death. He is quoted as saying I cannot

compete with Dr. Strand any longer!; Dr. Strand being a former student of his who

was Director of the US Naval Observatory.

Hertzsprung died in 1967 in Roskilde, Denmark, at the age of 94 and his papers

(12,153 pages with original measurements) were given to the USNO Library.