Here's what this scopes comes with,
Bobknobs collimation bolts (already fitted)
Padded carry bag (fits airline luggage carry-on size restrictions)
Homemade Bahtinov mask
Homemade felt lined dew shield
2-1.25" eyepiece adaptor
1.25" diagonal
Brass (low profile as possible) rearcell adapter with SCT threads.
Brass rear cell adapter allowing a Meade microfocuser to be added to the scope
Stainless steel rear cell adapter with SCT threads, adds 67mm onto the back of the scope.
(the 3 rear cell adapter I had custom made and are vital if you ever want to do any kind of astrophotography with this scope)
The stock "2 crayford focuser is in good working order.
Red-dot finder in the pic is not included.

Optically this scope is as good as the day it came out of the factory and has shown me some of the finest star points I've ever seen in any scope. It is in good cosmetic condition with perfectly intact anti-reflective coatings on the corrector and perfect mirror coatings. Its Russian all metal build quality makes it extremely robust, this scope was built to last. It hold its collimation very well also.

Some MK-67 background info,
This is one of the very rare compound scopes where both mirrors have their positions fixed.
Rarer yet, both secondary and primary mirrors are collimatable, ensuring the best possible collimation!
Almost every other compound scope (SCT and MAK) focuses by sliding the primary mirror, this has the effect of very slightly cancelling out some of the corrective effect of the corrector plate, thus very slightly adversely affecting the scopes optical quality.
Since the MK67's primary mirror doesn't move, the optical correction and quality is guaranteed. Many attest on the web that it is optically as good as any top-end 4 inch refractor out there.

I'm asking €650 for this scope and all the parts listed. For those with a discerning eye, its worth every penny. All you have to do is type "Intes MK-67 review" into google and see the good reviews it gets. This scope is appearing less frequently in secondhand sites in recent years. I'd also be interested in a swap/part trade for a high end binoviewer system or a Canon 70D class dlsr or something similar.

I'm willing to ship this scope to anywhere in Ireland and UK (not mainland Europe or further) but you can also collect if you're nearby. Price excluded shipping. If in Ireland, we can meet up.
I charge what the shipping company charge me, no mark up.

Thanks for reading,
Dave. 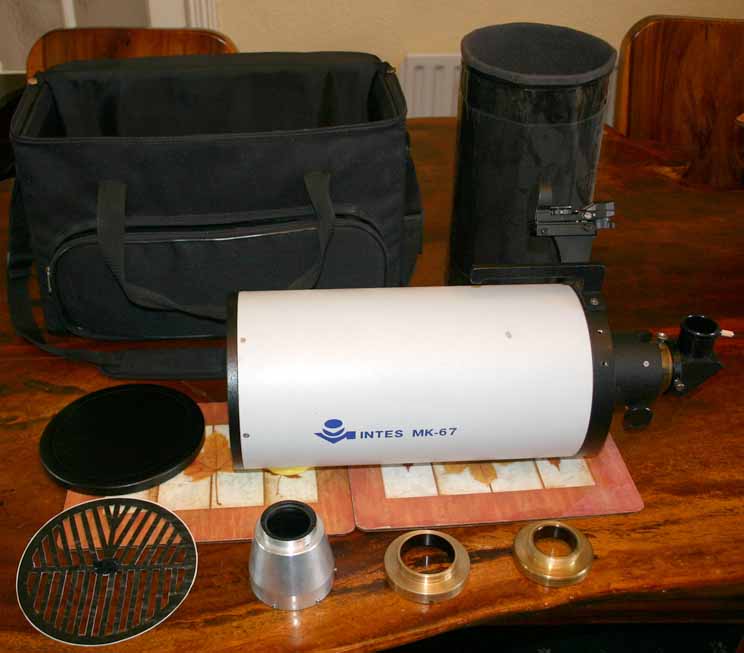 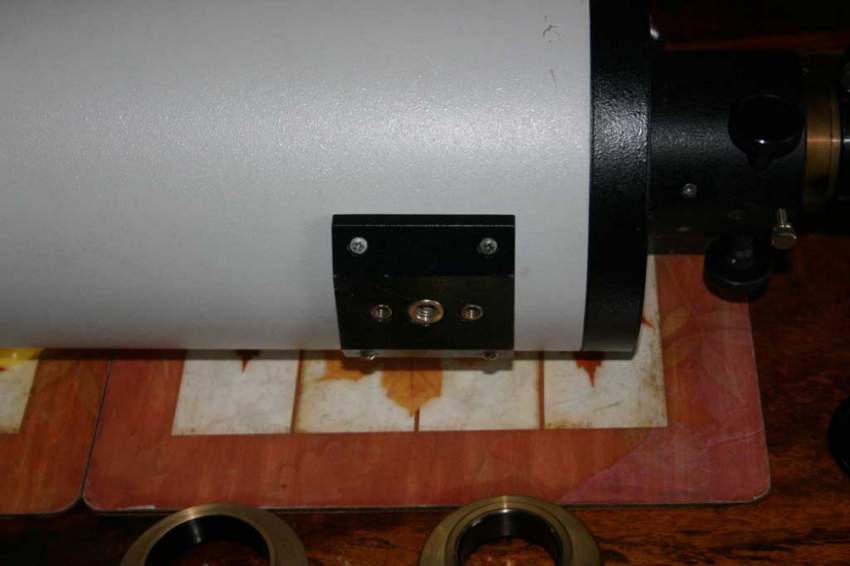 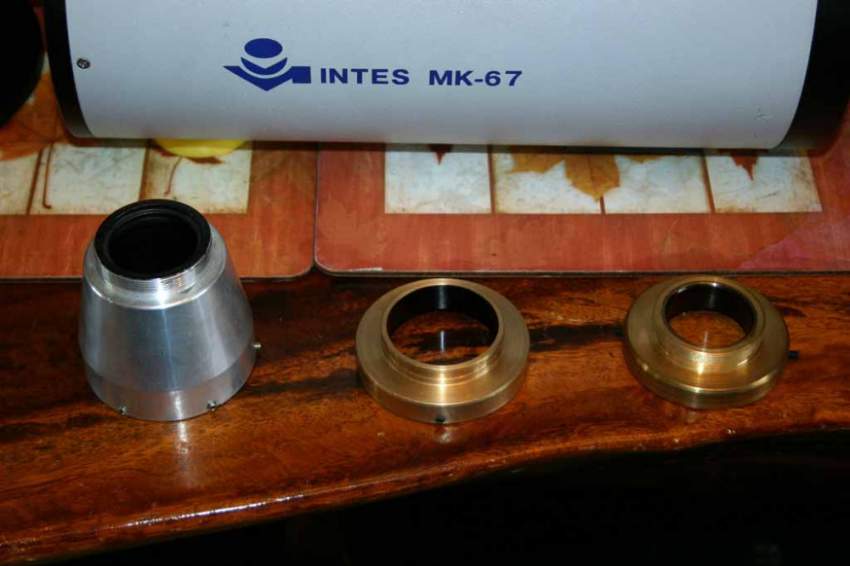 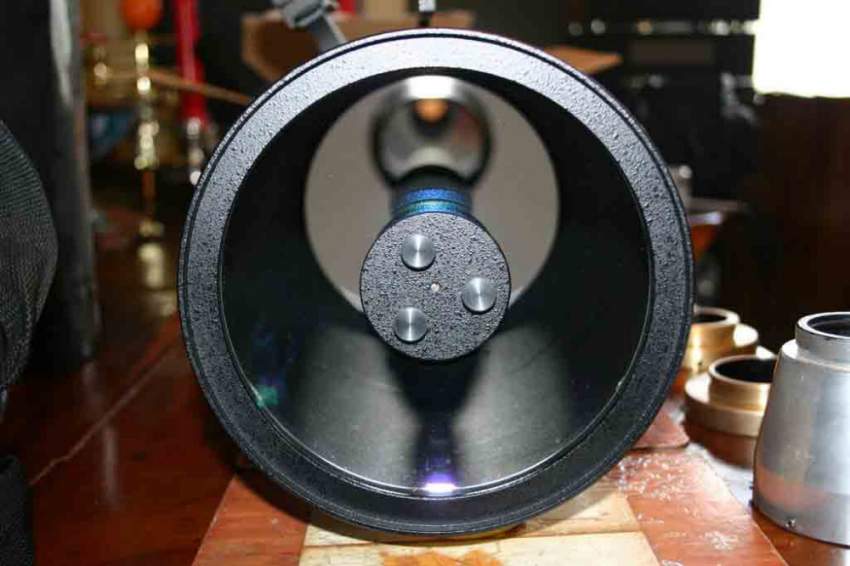 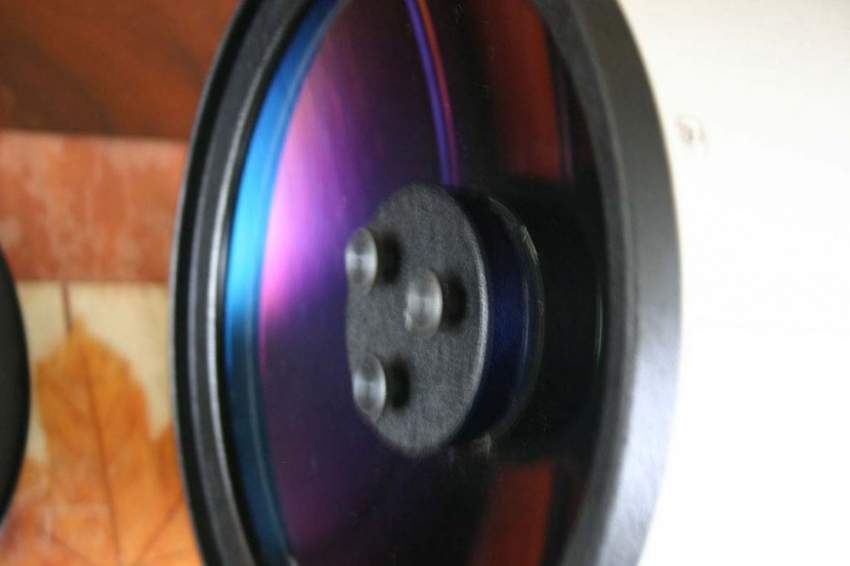 Carrying around my 20" obsession is going to kill me,
but what a way to go.

Less More
3 years 4 months ago #106385 by Mike
Replied by Mike on topic Intes MK67, 6" Maksutov
Fine instrument Dave to have in ones own collection. I have a friend that has the same model and can attest to its superb optics, best of luck with the sale.

After one look at this planet any visitor from outer space would say; "I WANT TO SEE THE MANAGER".
The following user(s) said Thank You: dave_lillis