I hope this post finds you and those close to you well. I'd say many of us took advantage of the skies tonight - and I can probably guess that some of you are still out there enjoying the night sky.

As you may know, a dust storm has kicked up on Mars. So, I was keen to make the most of tonight and went to see could I spot it. Unfortunately, I found it quite difficult to pick it out, but that did not stop me from sketching the 'Red' Planet again.

This is my second attempt at it, and I tried a different technique tonight. Before going out, I used a compass and pencil to draw several circles on a page. I shaded the circle in using a 3B pencil, and then smudged the graphite using a blending stump. Then at the eyepiece I added the shadings that I observed using a 2B pencil, and I recorded where the South Polar Cap (SPC), and the North Polar Hood (NPH) were positioned.

Once in inside I used an eraser, and eraser shield to create the SPC and NPH. And I used the blending stump again to smudge the dark markings that I made at the eyepiece. I then scanned the image into GIMP, and colourized the planet.

I found this a much better approach than my previous attempt when I simply added dark markings to a white circle. Needless to say, I'll use the new technique going forward.

In terms of the observation itself, I found Mars to be smaller than my previous viewing (5th November). The SPC and NPH seemed smaller too. Consequently, I had to work much harder to identify discernable markings on Mars tonight. I felt Sirenum showed most contrast against a rather yellow/white(ish) planet this evening, and when comparing my sketch against a Mars Map I believe I may have observed Olympus Mons - could this be right though?

Other details from tonight session include: 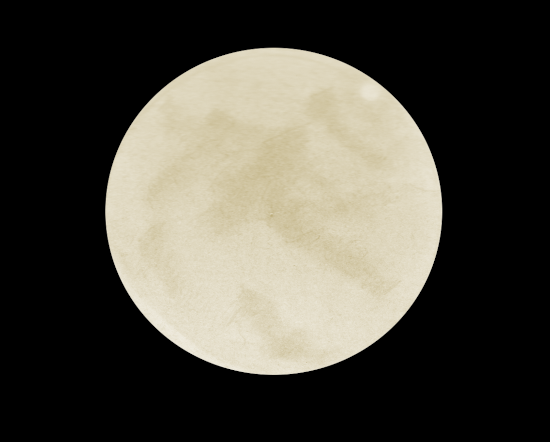 Less More
1 day 14 hours ago #109672 by lunartic
Replied by lunartic on topic Mars 21 November 2020
Nice.
I observed Mars with my 120mm f/8 refractor and I could see no details, just a blank face.
Paul
Programming today is a race between software engineers striving to build bigger and better programs, and the universe trying to produce bigger and better idiots. So far, the universe is winning.

Unfortunately I am very busy compiling my report for the upcoming issue of Orbit.
So I'm not observing at all these nights.

But I have to say that Darren's report and sketch and Paul's report suggest a dense dust storm appears to have covered the visible surface of the "Red" planet - which is any thing but red.

I fully agree with Darren that Mars is more yellow than any other colour. That is how Valerie and I saw it with our unaided eyes as we were coming home from our church early Saturday night.

Very many thanks for the message. I'm glad to read you found it difficult too, and it wasn't just me. At the start of the night I collimated the primary mirror as that was out. The secondary was only slightly off, so I decided to leave that alone. Thinking it may have been my eyes, I even tried wearing an eye-patch! However, I could not pick out any detail.

Before giving up, I decided to grab a screwdriver and sort out the secondary. While that made a difference, I had very short intervals when some details would appear. I quickly recorded them, and had to wait, and wait, and wait, before I could add anything again.

From some feedback on Cloudy Nights, it seems that I may have captured the storm without realising it. It seems that it is just below the SPC. I'll send through an annotated version later on.

I definitely want to try to sketch Mars again, and wonder if anyone else here will spot the dust storm. Hopefully, we'll have some more clear skies again soon!

Very many thanks for input. Glad to read that you and Valerie see it as a more yellowish colour too!

I have to say, I'm looking forward to the next edition of 'Orbit' - it's a great read.

Clear skies, and best of luck with the article.