Darkness in the North America Nebula

Less More
8 months 1 day ago #107678 by richardsweeney
Darkness in the North America Nebula was created by richardsweeney
When i sold my Epsilon i knew i could well end up regretting it, but i have to say i'm impressed with the quality of the Esprit 100, nice round stars and a distinct lack of diffraction spikes.

Considering this is only 4 hours through a large amount of atmosphere given it's low elevation i think it has turned out okay.

It took two nights to capture the data and i had an issue with my autofocus on the second night where i lost almost 2 hours in subs that were well off focus, no idea why it happened yet. I also had an issue where my guide star would just shoot off in Dec, again needs further investigation. There's always something.

I have a serious fetish for dark nebula and the dark dust in emission nebula, so in this image i tried to highlight just that.The dark dust here obscures the emission areas and perhaps even the star thought to be the source of ionisation for the Nebula J205551.3+435225.

Processed in APP and PS
Hope you like it.
Richard. 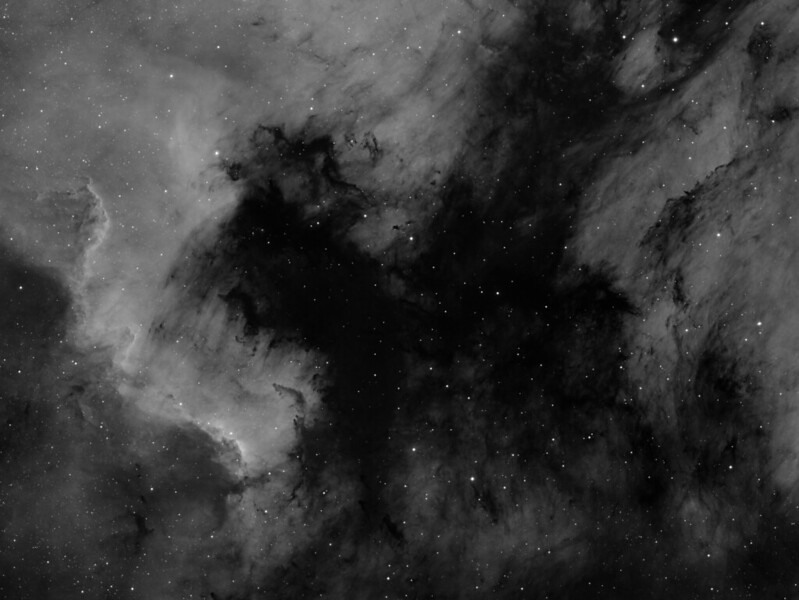 Less More
8 months 1 day ago #107679 by flt158
Replied by flt158 on topic Darkness in the North America Nebula
Wow! the 3D effect is truly astounding, Richard.
NGC 7000 looks magnificent in your image.

Thank you very much Aubrey.