For anyone who remembers the inaugural Connaught Star Party in Galway back in 2004 when we had four excellent talks on the day at the Westwood House Hotel. These included Robert Lambourne from the UK, Mike Redfern and Andy Shearer.

We were also delighted back then to have the eminent Professor Paul Mohr give this talk on the long forgotten John Birmingham of Millbrook Observatory in County Galway.


John Birmingham (1816–1884) was an Irish Astronomer, amateur geologist, polymath and poet. The story of this astronomer is very interesting and what he achieved. There were other notable amateur astronomers in the west of the Shannon at the time including Edward Cooper who owned the Markree Castle Observatory and J.J Fisher of Limerick City . Birmingham had to settle for 4.5 inch Cooke refractor and a wooden observatory which he used for his famous Red Star Catalogue with 658 of these objects included.

In 1866 he discovered the recurrent nova T Coronae Borealis. He studied and wrote articles in various Astronomy European manuscripts at the time on Planets, Comets, Meteor showers (inc the 1866 Leonids), Aurorae, Sunspots and the 1882 Venus Transit

I have uploaded this very interesting the talk to youtube and split into three segments.

The video is of very high quality and they are here at www.youtube.com/user/KNOXVILLE2626/videos 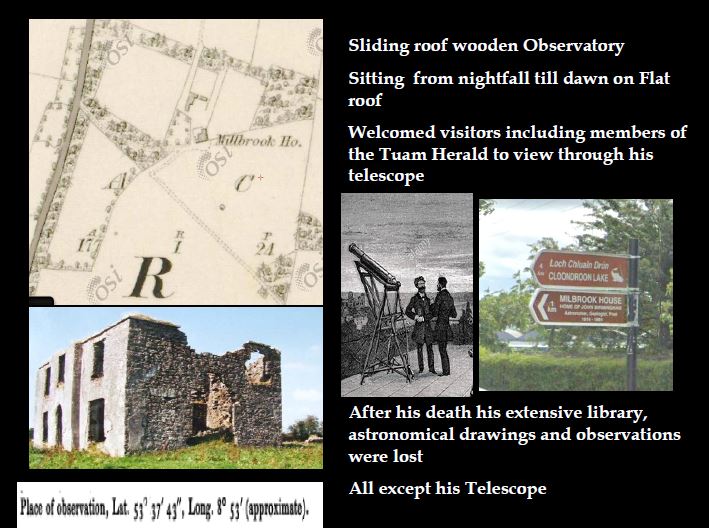 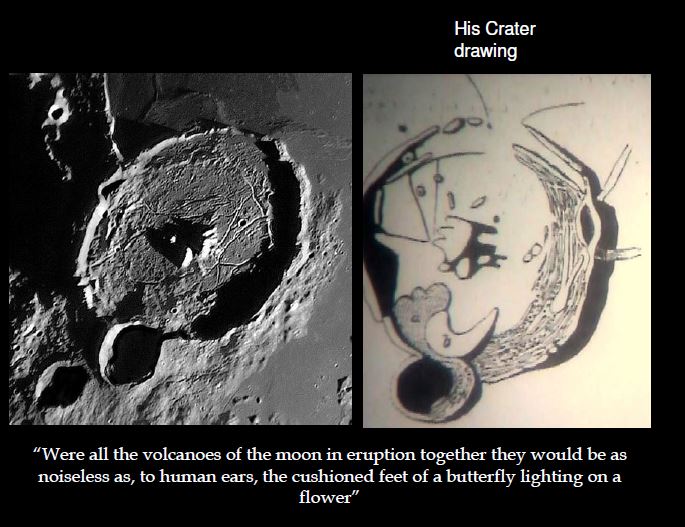 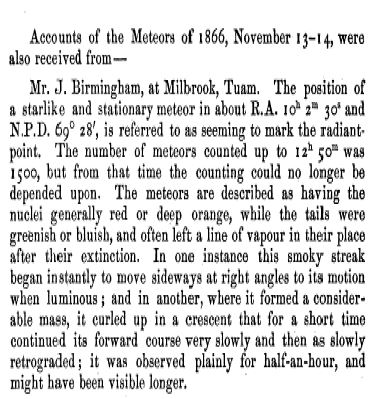 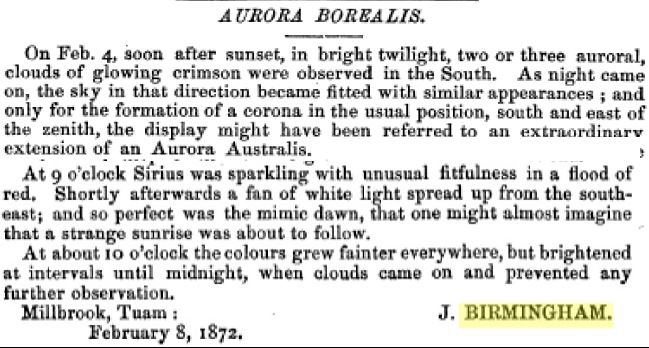 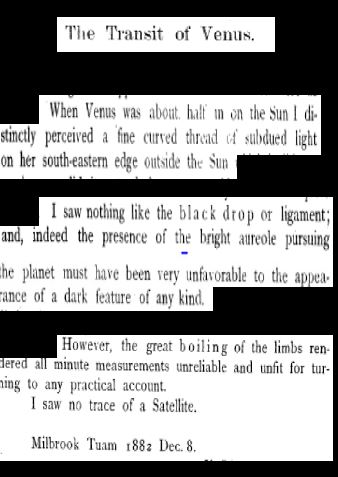 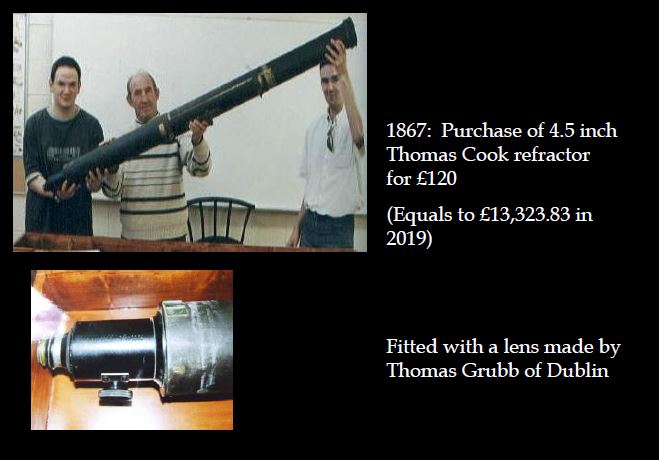 Less More
1 year 4 months ago #107824 by Fermidox
Replied by Fermidox on topic Talk about Irish Astronomer: John Birmingham (1816–1884)
Thanks for the interesting topic Ronan.

In both the video and the AA article, reference is made to 'the abandonment of his large library to the elements when Millbrook House was unroofed'. However in the Irish Newspaper Archives, attached below, there is an account of an 'highly successful' auction taking place in July 1886, featuring 'several hundred excellent volumes', in addition to the telescope. Maybe the local tradition of the library being lost is not the full story?

Well that is very interesting and Thank you for that rare find, to which newspaper did this belong to may I ask? I have used the Irish Newspaper Archives many times in he past and it has some very interesting information.  Yes we were under the impression that all his library was lost although his "Kaleindescope" or oil lamp projector  has survived and is at the Milltown Museum along with his telescope, as his Sexant also survived and is owned by a local Galway resident.

Less More
1 year 4 months ago #107832 by Fermidox
Replied by Fermidox on topic Talk about Irish Astronomer: John Birmingham (1816–1884)
No problem, it was in the Tuam Herald, various editions from June and July 1886. The date of the auction was given as 16th or 20th July but eventually seems to have taken place on the 23rd. It would be great if any fresh leads showed up as to the whereabouts of the library, but it was probably scattered among many different buyers and will be very difficult to trace at this stage I would say.