August's guide is below. Hopefully see some of you down in Kerry in a couple of weeks.

Mercury is at inferior conjunction on the 9th and greatest western elongation on the 26th and becomes visible in the morning sky in the 2nd half of the month. It rises at 04:50 and is mag -0.7 at the end of the month in Leo.

Neptune is an evening object in Aquarius. At the start of the month, it rises at 22:30. By month’s end, it rises at 20:30. It maintains its brightness at mag +7.8 during the month.

The Perseids peak on the night of 12th/13th with a ZHR of 110. The radiant is visible as soon as darkness falls on the evening of the 12th and with new moon on the 11th observing conditions are excellent for this year’s peak.

Comet 21P/Giacobini-Zinner is predicted to peak at mag +7 in September. It is currently mag +10 with predictions of mag +7 by the end of August. It starts the month in Cassiopeia, moving into Camelopardalis and then into Auriga by month’s end. It is circumpolar until month’s end when is visible as soon as darkness falls with it getting higher in the sky as the night goes on. It passes close to Segin (Epsilon (ε) Cassiopeiae, mag +3.4) around the 11th/12th and lies to the S of Kemble’s Cascade between the 21st and 23rd.

On the deep sky front this month, galaxies M81 and M82 can be observed in Ursa Major. Check out the constellation Canes Venatici with the globular cluster - M3 and several galaxies including M51 - the Whirlpool Galaxy and M63 - the Sunflower Galaxy. In Hercules, two globular clusters - M92 and the excellent M13 can be observed and in Lyra - M57 - The Ring Nebula can be observed. In Vulpecula - M27 - The Dumbbell Nebula can be found. In Andromeda, M31 - The Andromeda galaxy can be observed along with its satellite galaxies M32 and M110. In Perseus, there is the open cluster M34 and the excellent Double Cluster. Finally in Triangulum, there is the galaxy M33.

Always keep an eye out for Aurorae. We have the return to dark skies in August with Astronomical twilight no longer dominating the night.

Watch out for NLCs - Noctilucent Clouds during the first half of August. Look to the North-West for a white/silvery glow 1.5 - 2 hours after sunset and to the North-East a similar amount of time before sunrise. They can sometimes be faint, sometimes bright. Other interesting naked eye phenomena to look out for include the Zodiacal Light and the Gegenschein. Both are caused by sunlight reflecting off dust particles which are present in the solar system. 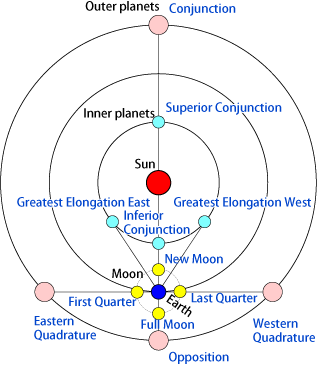